This is a question I’ve thrown around in my mind like a ping-pong ball ever since I was old enough to understand what fantasy actually is (the literary genre, that is – I doubt anyone under the age of twelve needs any lectures on the power of the imagination and the hours of fun that can be garnered from a muddy ditch, an old branch, and a raggedy piece of cloth: PIRATES AHOY!).

There was never any doubt in my mind that I wanted to be a writer…or, more specifically, that I wanted to write. But as to why I chose the fantastic as my canvas, who can say? The Lord of the Rings no doubt played a part, as did Fahrenheit 451, A Wrinkle In Time, and numerous other novels which wriggled their way into my brain and nestled in the darkness, content in the knowledge that sooner or later the gouges they made on my psyche would become apparent.

And they surely did. Oh, such gouges! Deep enough to mark me as a ‘geek’ throughout my formative years. Not that I minded, particularly. It was some comfort in my youth to know that while those who applied the label were barely able to write their own names without moving their lips, I was feeding my imagination by wading through the Tain Bo Cuailnge, The Silmarillion, and numerous other works whose imaginative scope give lie to the notion that humans are little more than shaven apes.

In a rather grim world filled with horrors of varying dimensions, the option to escape earthly fetters (even if only on a temporary basis) was accepted eagerly. Transcendence, I believe, feeds an innate yearning of the human heart, whatever label a rather myopic industry chooses to put on the scribes who deliver it: Tigana by Guy Gavriel Kay, Weaveworld by Clive Barker, Knots and Crosses by Ian Rankin, Foundation by Isaac Asimov – all separated by spurious distinctions, yet all serving the same purpose, and admirably too.

None of the above would bother the lists of most literary prizes, but as G.K. Chesterton once wrote:

Literature is a luxury; fiction is a necessity.

And there’s the rub, and quite possibly a kick in the unmentionables for those who think fantasy is the be-all and end-all of their reading life. It isn’t. Fiction matters, genres don’t. Whether set on a distant planet, a continent long lost to history, or a grimy apartment frequented by junkies, the purpose of literary creation is, in my less than humble opinion, to express whatever longings the heart may harbour.

Fiction immerses. It entertains. But perhaps most importantly, it has the potential to open our minds not to what is, but to what might be. This alone is something anyone with opposable thumbs should aspire to. Ultimately, genres have no meaning. Writing from the heart does. 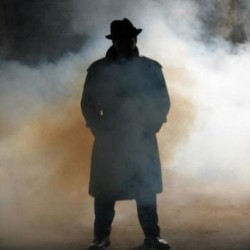 At Dusk I Reign
Dusky is an old geezer who’s seen too much and quite possibly failed to do enough. Not that he cares. He loves reading and writing fantasy because it keeps him from thinking about reality and doesn’t involve any heavy lifting.

Great article! I agree–the core of fiction remains the same despite the genre labels we attach. However, I would urge us not to throw out the proverbial baby with the bathwater. Genre labels serve a variety of purposes: they distinguish interests among readers, provide a reference point for what to expect in a story, etc. And on a practical level, they make browsing bookstores so much easier.

Like I said, the principle may be true, but I think that to say genres don’t matter is an unnecessary extreme.

Very nice article. I can see that you are passionate in your literature whether it be writing or reading. I’ve often experienced a nagging to write that is so powerful or ideas that are so intriguing that it keeps me up all night. I do not sleep very much but I this is probably a trait of many writers. When you like an idea so much that you can not get it out of your head it is time to write it down. A cousin of mine who is also an amateur writer has taken to bringing paper and pen with him no matter where he goes considering it as necessary as his glasses!

Well said, Abomination – the main point of literature, I’ve always thought, is to hold a mirror up to our own world and to make us ponder the reflection. Not that there’s anything wrong with simply telling a tale just for the sake of it, but unfortunately this leads many to write travelogues. I prefer books which reveal something of the author and which make me look at the world through new eyes.

Good article.
People ignore the “REAL” in speculative fic–SF, Fantasy etc. It isn’t necessarily about magic and creatures and other worlds–not that those aren’t ubercool too.

I find the best fantasy is about putting real human emotions, conflict and experience, against a decorative back drop. But really isn’t that what all literature is about? Sometimes the backdrop is fancy sometimes it’s plain, but I think the cores of most good books are about the REAL.

And face it, there’s plenty of wildly unrealistic fantasy in so-called “realistic” fiction too. Ever read a romance novel?

So yeah, genres are … not much, really.

Thank you very much, Nathan. 🙂

I’m glad someone else is railing against the chains. Let’s face it, there’s no real difference between Horror, SF and Fantasy. Whether it be vampires, teleportation or magic, they all require an imaginative leap and thus all fall under the banner of ‘fantasy fiction’ (Crime, obviously, follows its own path, though I have read some books which blur the line).

I think one of the reasons fantastic fiction is looked down upon by so many people is because authors and readers alike are so willing to be shoved into a ghetto, are proud of it even. It would be nice if this state of affairs altered in my lifetime, but I don’t hold out much hope.

– As an aside, I can’t say I’ve ever reached such heady highs as you’ve obviously experienced while engrossed in a book, but I get what you mean. 😉 –

This is a great post. I completely agree about genres not mattering. I’ve experience the same types of effect on my psyche while reading both Science Fiction and Fantasy. It’s no less than consciousness expanding (without psychotropic drugs!).

I’ve done a post on the necessity of play, the maintaining of one’s inner child and sense of whimsy and wonder. Reading fiction (especially those laced with glittering nonsense) fulfills this need for play. This drive for creative respite evolved to allow us to innovate and explore our environment, think of kittens tumbling together. Without it, humans become apathetic toward life.
So touch the sky of human imagination. Read fantasy.