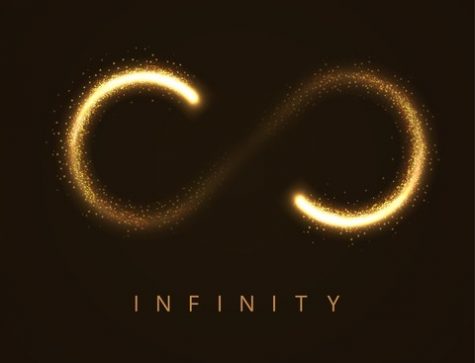 I’ve been working on the same story for months now. It’s the slowest I’ve ever written a single story in my whole life. What started out as a one-off short story evolved into a long short story, then a novelette, and now it’s looking like a novella by the time I’m finished.

In some ways it’s haunting me because I think “Damn, I’ve written way quicker than this in the past.” But not all manuscripts are created equal. Some drag because of personal issues, plot problems, and various other pitfalls that can cramp your writing style. As someone who has dealt with this on an intermittent basis, I figured it would be good to share how to deal with that never-ending manuscript (cue The Neverending Story music here).

One way to doom a “clinger” of a manuscript is to never finish it, mostly by editing the hell out of the same parts over and over again. While this works for many people, it can steamroll productivity for others. If you’re in this camp and it doesn’t work for you and it’s never worked for you, stop doing it. You can kill your flow by constantly going back to work on old parts when you should be using your energy to get to the finish line. Punch that inner editor in the face and carry on.

2. “I Work On Multiple Projects” Syndrome or IWOMP.

No, IWOMP is not a cool new app for iPhone that allows you to crush writer’s block. It’s that problem many creatives have in that they’re sometimes too creative. Similar to Creative ADD, this often happens when you get bogged down on a project and want to start fresh on something. This is probably the number one destroyer of WIPs I’ve encountered in my life. If you’re not good at finishing projects, starting new ones is like being a juggler who sucks.

If you can’t juggle multiple things at once, then maybe it’s time to hit the brakes. One way I’ve scratched my IWOMP itch is to work on sketches, outlines, or concepts for a brief time, but not actually starting a new first draft. It can hurt our writerly souls to not get out our ideas, so it’s always a good idea to write down ideas while you have them. Afterwards, put them in a box and seal until Christmas aka WIP Finished Day.

Yeah, you and ten million other people. If you want to finish the manuscript that never ends, you have to do the old “butt in chair” technique. Sure, it seems like simple advice, but it’s simple advice for a reason. All writers who are published and successful have finished their projects. No one has ever become a successful writer by not finishing what they start (except maybe Geoffrey Chaucer, but come on…)

One way to deal with this problem is trying the Pomodoro Technique, which focuses on working non-stop for small increments of time. Another way is to work on writing on the toilet. Wait, what? Well, if that’s the only place you can feasibly write, then do it.

I’ve also heard of writers who have super busy lives waking up earlier or going to bed later than everyone else in their home. Sure, you’ll be tired, but if you want to complete that nagging hangnail of a manuscript, you have to set aside that precious time. Sleepy writers get things done!

Some people are geniuses who can spit out a manuscript in their sleep, edit it one-handed while drinking coffee, and have their cats proofread. For those of us who need a little more help, finding a system to help you finish can help a boatload. I already mentioned the Pomodoro Technique, but there are other ways to be productive that can be a load of help. I’ve personally found writing down things in a schedule or using a whiteboard has helped me a lot.

I also used to do something called “Writer’s Work” on the Mythic Scribes Forum (which you can still find here!) that held me accountable for daily work. It did wonders for me and I really need to jump back into it. That whole #ImAlwaysBusy demon sat on my shoulder for a while, but having something to help channel your productivity can assist you in more ways than you can imagine.

If pantsing (or writing straight from your head) hasn’t worked for you, then you could try outlining or the Snowflake Method which has done wonders for many people who function better with systems. There are also tons of programs you can use to increase productivity such as Write or Die or FocusWriter. If you’re more hardcore, you can use a program like Freedom that shuts down internet access completely like some kind of productivity-boosting Skynet.

Wait, wait? Scrap it? Doesn’t that go against everything I just offered up? Yeah, pretty much. But if you feel like a project has gone on and on and has no real end in sight, then it sadly might be time to scrap it. This is only one of those last ditch effort solutions though. I don’t recommend scrapping manuscripts unless there is absolutely nothing you can do. I do however suggest a “Three Strike Rule.” You can only have three abandoned manuscripts in your entire life. Once you run out of strikes, you have to finish everything from now until forever. Deal? Deal.

However…one ultimate solution to not scrapping is scavenging. This means if a project is like a walking corpse and has no pulse, you can scavenge parts from it to make something new, like the Dr. Frankenstein of fiction writing. You may be in love with certain parts of a floundering manuscript, so why throw them away? Re-purpose them so you can avoid the cardinal sin of scrapping.

For those that have survived the manuscript that never ends, what would you suggest to those that have trouble finding the light at the end of the story tunnel? Share in the comments below!

I really have this issue. I have a book I have been working on forever and I just haven’t finished it. I am going to take your advice and get on it this weekend!

That’s great, Mandy! I wish you luck as I still have the same problem sometimes.

I’m just a slow writer. Period. Although I’m guilty of some of the things you mentioned, that’s not my problem. It just takes me a long time to whip a chapter into good enough shape just to let my crit partners see it, much less publish it. My time scale for stories is more on the order of years.

Thanks for the comment! I have slow and fast periods, I guess it just depends on the story. For example, the one I’m working on now has just continued to change so much from my original idea. Then I’ve had others that just flowed right out.

Philip – You’re a genius. Seriously, I laughed so hard at the Chaucer reference. Hilarious. Scrap it- a great piece of advice.

I’ve been working as a ghostwriter and somehow I’ve managed to pump out a novel a month for clients but my own manuscript has been dragging along for nearly 2 years. (Oh dear! Has it really been that long?) Somewhere along the way in rewriting I added in too many new subplots and it’s just not working. After a few months of letting it sit in a drawer I think I’ve finally identified the problematic subplot. I will it forthwith (and hopefully the rest will fall into place). Great article 🙂

Thanks, Stephanie! I don’t want to hear anyone say “Well, Chaucer didn’t finish his manuscript and people still read it.” Yeah…

I think there is more pressure to finish projects you have a certain vision for. If it’s ghostwriting there is less pressure because it’s some other person’s vision. You’re putting it to paper for them. I’ve found the less I care about projects, the easier they are to complete. However, I care about most things I do now, that’s one reason I’m more careful with what I’m doing and delaying things longer than I’d like.

All very good advice! I’ve dealt with every mistake you list up there. Learned to beat each one, too. It takes massive amounts of self-discipline to sit and write instead of checking Facebook or whatever. The Pomodoro technique works really well for me. I’ve also been using a little book for outlining called Take Off Your Pants by Libby Bawker (get it? Outlining vs writing by the seat of your pants?). Outlining the character arc has massively increased my productivity.

Thanks, Kessie! I have several books regarding outlining and a lot of the advice has helped me a lot. I think sometimes writers might want to be outliners, but can’t really do it because it’s too restricting. Or they want to be pantsers but lose their way. I guess it’s good to find a happy medium that works best.