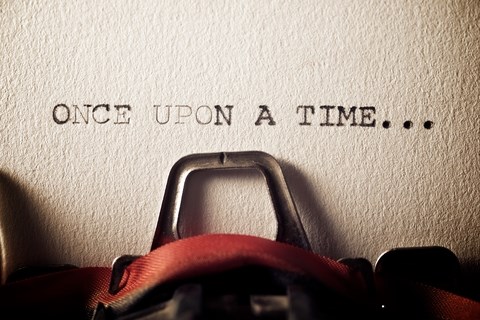 Opening lines are touted as some of the most important of a story. How-To books and author blogs tell us to engage, captivate, immerse, excite—and to stop at nothing less. But what is the secret to an amazing story opening? Why do stories seem to succeed or fail on page one?

Let’s be honest, stories open in different ways. Sometimes the focus leans toward the character’s feelings and thoughts, or their background; sometimes the plot and conflict are the majority of what’s going on; and sometimes the setting is extra special, becoming the focal point of the story’s opening. But in the most basic terms available, a story begins with a character…doing something…somewhere.

I think of the “who, what (including a why), and where” as the three legs of a stool, because a stool works on even a bumpy surface, or if one leg is slightly shorter or longer (like most stories). Regardless of what is most prominently featured, the balance created by three legs working together helps a reader feel immersed and interested in what is going on.

Sometimes writers want to create a mystery by intentionally leaving one of those elements out. Perhaps the character has amnesia and doesn’t know who he is…or he awakes in a place he doesn’t recognize. Those things can work…but it’s rare, because to compensate for one missing leg, the stool’s other two need to be made much more stable. Think…bench, or desk. It’s a hard way to engage readers, but it’s possible to do as long as you can dredge up some context that means something to a reader.

Another problem occurs when a character isn’t really doing anything (which is more common than you’d think). If a character begins his story in a bland way, he comes off as a bland person, and therefore, lacks engagement. Maybe he’s thinking about himself or his background, or where he is (geographically, or in life). Maybe he’s doing some generic task until he eventually meets a person who will begin the adventure. In general, leaving out the doing something part of the first scene is a quick immersion killer.

To engage a reader, an opening scene should convey the character’s scene goal, give insight into who they are, and hint at the story’s theme as it relates to the character. Each word in the first scene matters, and selecting the right words can hook a reader, coaxing them to keep turning pages.

Sometimes when we talk about an opening, we say a story needs a hook. Without a hook, a reader doesn’t feel engaged. For me, the hook is an essential part of my outlining process. I pay careful attention to my first line, my first paragraph, and my first page, editing and tweaking until I’m sure I have plenty of bait out there to tempt a reader to bite.

Simply put, the hook is what gets your reader to keep reading. It, therefore, cannot be found on page ten, or page five, or even page three. A proper hook is on page one, and the following five or ten pages are the line and sinker (to keep with the fishing reference).

A hook is a line of narrative that elicits a reaction from a reader. Specifically, it gets them to ask a question. And the need to find the answer is what drives them to turn the next five or ten pages. Why is she hiding from her mother? Who is following the man with the limp…and why does he limp? What’s going to happen when the sun sets?

Great hooks are two things—simple, and early. Openings that do a wide pan or take too long to introduce the character or their current situation often fail to engage even when they have a solid hook…because the reader is already bored or confused by the time they get to it. That’s why the best hooks are found right up front, in scenes that start in motion. No history lessons, no wide angle shots of the town, just a character…doing something…somewhere.

In medias res. It means in the middle. That’s where you want your scene to start. Not in the middle of a car exploding, or in the middle of a person falling to their death—those are too dramatic and would lack context unless handled expertly. Instead, a great opening scene starts in the middle of a sequence of events. For example, one of my favorite books starts with a mother and daughter polishing silverware. Pretty dull sounding, huh? But it’s a great scene because before the scene opened, the mother received a distressing letter that reveals bad news for the daughter. So, during the middle of the household chores, while the daughter is talking about what she’d like to do with her summer…the mother bursts out and says none of it can happen. And the scene ends right after the daughter’s reaction, rather than carrying on into a long conversation.

Some people call it “in late, out early” and I think that’s a good way to look at it. The example scene entered after the backstory which led to the letter, stayed for the information revealed during the introduction of the character…doing something…somewhere that set up the reader’s view of her world, and left before the scene or conversation got boring or diluted.

Your opening scene should pull double duty with each word because readers have a lot of other “Look Insides” to view, and they want to choose something special…a story that dares to make a promise right up front.

An opening scene is the first place a reader meets your character. First impressions are even more important in a story than in real life, because in real life we feel social pressure to not be rude. There is no societal repercussion for closing the cover on a character.

Make sure your character and his first meeting with the reader goes well by planning an excellent first scene. Incorporate setting, plot, and character with balance in mind. You only get one chance to make a first impression and set your readers expectations, so make it count.

What do you think makes a story succeed on page one?

What do you think makes a story fail on page one?

Have a great hook? Let’s hear your opening lines!

Part 2 in this series addresses how to write endings.

Latest posts by A. Howitt (see all)