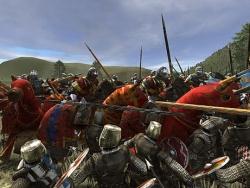 This article is by Ciele Edwards.

Battle scenes can be just as intense on the page as they are on the screen. Many classic novels, such as The Lord of the Rings and The Last of the Mohicans, contain vivid, well-written battle scenes that are essential to the plot.

Even if you do not have faith in your ability to create one of these scenes, the inevitable conflict present in every tale may eventually leave you with no choice. Once you learn how to properly write a battle scene, you will never again be stuck with a war or fight that you are unable to properly describe.

Plan Out the Action

Plan out major events in the battle, and the battle’s eventual outcome, before you ever begin writing. Do not “wing it”. Doing so may leave you with a battle scene that rages out of your control. Know ahead of time who gets wounded, who dies, who wins, and what precedes each of these occurrences. It may even help for you to sketch out an outline to help guide yourself as you write the actual war scene.

Take Inspiration From Other Sources

Watch movies that contain the type of large-scale fighting that you wish to emulate. Practice your skills by writing about each battle as you watch it. Attempt to capture every element of what you see while also incorporating the characters’ thoughts and feelings into the action.

Other authors can also provide a source of inspiration. Read battle scenes contained in other books. Note how each author describes the action and moves the battle along to a satisfactory conclusion. It is perfectly acceptable to copy another author’s writing style and build upon it to create your own. Keep in mind that you must not copy the scene itself, only the style in which it was written.

Draw a map of the terrain. Depending on where your characters are located, they may be fighting around a castle, mountains, hills, or streams. Knowing where each landmark is located and where each of your characters will be throughout the battle will help you move the scene along without it appearing disjointed to the reader. For example, if your main character begins the scene in the mountains surrounding a castle but arrives at the castle drawbridge within two paragraphs, you know you have extra work to do.

Identify With the Characters

Put yourself in your main character’s shoes. What does he see, hear, feel, and even smell? You can use these aspects of his experience to add important details to the action. If you plan on having your battle scene shift between different characters with different points of view, remember that each individual will view the battle differently. Take this into consideration when writing the scene.

Always give your reader the gory details. You do not have to turn your battle scene into pure carnage, but part of being a good writer is the ability to note details that create a scene for your main character to participate in. War is violent and fierce – embrace that fact in your writing. Even if you prefer to be conservative about the violence contained in your fiction, your readers may not be able to visualize the intensity of the battle itself unless you describe, in detail, some of the injuries or deaths that occur on the battlefield.

Unless your character has superhuman abilities, it is unlikely that he is still going strong after several hours of fighting or does not feel any fear. Readers want to identify with the characters that you create, but you may make that difficult if you give them unexplained abilities that your readers do not possess. For example, if your main character’s army slices through the opposing army with no casualties and no difficulty, you strip your story of intensity and lose your reader’s interest. The possibility of defeat should always be present for your main character and his allies.

After you have written your battle scene, put it away for several days before taking it out and looking at it again. You will inevitably see aspects of the scene you wish to change that you may not have noticed if you’d incorporated the scene into your finished product right away. Consider seeking criticism for your writing online or from friends and family members with an objective point of view. The more constructive criticism you receive, the more you will be able to tweak your battle scene to appeal to a broader audience of readers.

Great Article I am looking forward to implementing these techniques when it comes time to write my own battle scenes. I have been paralyzed by Battle Scenes for awhile with no place to start, now I have an idea I appreciate it very much.

Some of this is common sense for all writing–add detail, write an outline, put it away and get it out later.  Yet I agree that for some reason in a lot of people’s writing, this is a place all that goes out the window.  Part of the problem, I think, is viewpoint.  The author does have to know the entire battle scene.  However the character pov will probably have no idea of most of what happens until it is over.  Unless they are that general dude standing on the hill and ordering flanks around.

I’m a big fan of gore.  I don’t have fights often in my books.  They aren’t what I enjoy and have fun with.  But I hate characters, especially fairly green characters getting through battles with daring do and not a drop of blood in sight.

Battles are gross.  In every single of the five senses.  Blood.  Organs. Bones splintering.  Gastric juices and half digested food.  People loosen when they die and they piss and crap on themselves.  It gets all over everything.  It gets all over you.  Nothing heroic about it.

Luckily I have a friend with a doctoral thesis about the differences in how real weapons were used versus the way they were used on stage.  John Lennox.

I only wrote one war.  I cut it from the plot later.  I found a more elegant way to plot it and the drudgery of war bores me.  I felt I had managed a fairly effective method.  I had my main characters whose pov I usually used.  They were packed at the same stronghold, so those voices heavily overlapped.  But throughout the entire book, I had purposefully done just one scene of my usual people from the pov of a minor character.  That meant I could jump all over the whole war with people that you at least had some connection with, carrying out various aspects of war.

But, violence, as I said, is not nearly so interesting as character development to me (I’m just a character girl), which should happen before and after a fight, but rarely during.

Good article. Using inspiration beyond movies and referring to novels with similar content has helped me along.

I’m not sure you need to add ‘plenty of detail’ because there is not way a writer can out do a reader’s imagination. I try to give the readers enough and then let their mind’s eye do the work. But you’re right on target, if you don’t include enough, the scenes will fall flat.

Thanks for the article 🙂 I recently struggled with two fights in my WIP, (not large battles, but skirmishes of small groups) I was galloping along with the narrative leading right up to the outbreak of actual fighting. My main char devised an ambush on a small group, in order to use suprise to offset the fact he was outnumbered. It was all going great until I found myself having to describe him leaping upon a guy who had been knocked to the ground by a powerful spell.

My ‘hero’ had to finish him with a sword, not give him time to get on his feet and recover his weapon. I really struggled with the messy, brutal nature of it. The ones who were ambushed were certainly bad guys, and the attack was devised to set free two innocent captives. Even so, it was hard writing the event down.

And also, the reality of killing someone with a sword can be extremely nasty, movies have fighters falling dead with a mild groan after one blow or thrust. The reality is there would often be lengthy bludgeoning accompanied by screams ! I think good battle scenes are a huge challenge !

Awesome advice! Great post. Thanks very much for putting it out there.