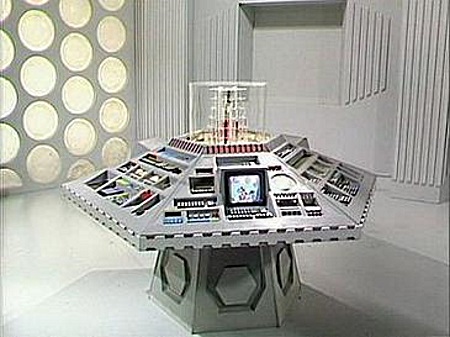 “I don’t really like Fantasy or Science Fiction, but I think I’ll write stories in those genres anyway.”

This month I decided to participate in NaNoWriMo.  It had been a while since I had written anything, and I felt like it would be a good opportunity to try.

Then life happened…a lot.  And, long story short, the only way I’m going to make 50,000 words is if I change direction and write a graphic novel where I draw 50 pictures.  Get it?  Because a picture is worth a thousand words.  Sorry, bad joke.

The good news is that I do have a story, and a mythology.  I even have some characters.  I’ve done some of the foot work.  And, one of the exercises that accomplished this for me is that I pulled from my inner-fanboy.

I’m one of those people, like many of you I presume, that gets overly engaged in stories.  I obsess over books, TV series, movies, etc.  I’ve done so since I can remember.  When I was a kid, it was Dune, Highlander and X-Files.   There was also Star Trek and Quantum Leap.  Later on, my Lost obsession was borderline clinical.  After that there was Fringe, Game of Thrones, Breaking Bad and The Walking Dead.  Right now, it’s Doctor Who.

So, when I decided to come up with a story for NaNoWriMo, I looked back at these obsessions and tried to figure out the “what?” and the “why?”  What about these stories engaged me?  And, why did they engage me?  Ten is a nice round number.  Here are ten things that fuel my obsession with a story.  Please note that these things are not discrete.  They bleed into and interact with each other.  So, having only one or two of them wouldn’t work.

I apologize that most of my examples have come from TV shows.  My fiction reading has suffered.  This is something that I plan on remedying.  It should be stated, though, that TV shows are actually a great medium.  There are so many garbage shows out there that give TV a bad name.  However, TV shows allow us to tell enriching stories that can go on for years and only take an hour out of our week (or 50 hours out of a single week if you are Netflixing).

I neglected something important.  I mentioned the “What?” and the “Why?”  Those are actually the easy questions.  It’s the “How?” that is the most difficult one.   It is resources like Mythic Scribes and The Roundtable Podcast that help us with that every day.  Even though my word count is low, I have been observing how online communities of authors are working with and helping each other this month.  This is extremely heartening to see.  Storytelling is important.  Fiction storytelling is important.  Humankind needs it and has needed it since its inception.  Stories drive us and change us.  When I’m obsessed with characters and worlds that don’t technically exist, it’s not because I’m delusional or immature.  It’s because I identify with something that I may or may not be able to articulate about the story that I need spiritually, intellectually or emotionally.  Story is experiential insight.  Stories matter.

Are you a fanboy or fangirl?  Which books or series are you obsessed with, and what draws you to them?

Ultimate Fanboy (or Fangirl) achievement – naming a child after a fictional character! Of course, it helps that Arya is a pretty cool name anyway. But my other half wouldn’t even let me call the cats Merry and Pippin.

I agree about Asimov – I’ve read one a couple and just couldn’t get invested in them. Characters aren’t the only factor in a good story, but they certainly help.

I felt the same way about the Lost finale.  While I loved the show, the finale never even attempted to answer the central mystery that had hooked so many viewers.  Yes, it may have handled the characters and their arcs beautifully, but the mystery was left too open.

Nathan Lauffer
“Keep in mind, that loose ends should be used judiciously.  You can make a lot of people mad (think Lost).”
This resonated with me. I looovved that show, and the end just crushed me.

I loved it! John Hurt is awesome, and the dynamic of the three was fantastic and highly entertaining!

I’ve actually never heard of that movie. I prefer to read the book(s) first when I can.

And Mistborn is one of the most amazing sagas I’ve ever read. Everything fits perfectly. I highly recomend it.

The book is so much better than the movie. Actually the movie is parody of the book.

Star Trek: TNG was one of my first obsessions. My favorite episode of all time is The Inner Light (http://en.wikipedia.org/wiki/The_Inner_Light_(Star_Trek:_The_Next_Generation)). Deep Space Nine was great, too.

Babylon 5 is on my queue. A friend of mine worked on the CGI for Blood and Chrome, so I’ve seen that. I liked it a lot. Grimm and Supernatural are on my queue as well. I’ve started Dracula, but have only watched the first one. I haven’t heard of Haven. I’ll have to look into it.

I’ve heard a lot about Starship Troopers, and saw the movie a long time ago. I’ve never heard of Mistborn. I’ll have to check it out. Thanks.

The characters makes those worlds so real to me. Lord of the Rings and The Hobbit actually choke me up emotionally. The sensation is similar to what is described by C.S. Lewis in Surprised by Joy: The Shape of My Early Life (http://en.wikipedia.org/wiki/Surprised_by_Joy).

Mike Cairns Thanks for the kind words.  I’m surprised that I didn’t mention comics more, too.  I came into them a little later in life.  I like the Batman ones a lot, especially The Killing Joke.  My first one that I fell in love with was The Watchmen.   I have a Sandman book I’m anxious to dig into as well.  I also highly recommend a book about comics called Understanding Comics: The Invisible Art By http://en.wikipedia.org/wiki/Scott_McCloud (http://en.wikipedia.org/wiki/Understanding_Comics).  I’m going to use your list above to help me decide what new comics to buy next.  Thank you!

Dan Bonser I completely agree about the emotion.  Whovians like to call it “the feels”.  And, that series uses them masterfully.  I get very choked up when I watch Lord of the Rings and The Hobbit.  Those characters and that world LIVE in me when I read about it and watch it.

WeeMadAggie After the article was already posted, I realized I missed the presence of a great villain.  Thanks for mentioning it.  That is very important to me.  If I had listed it, it would have come right after “Character in Peril”.  I good villain gives you that.  One of my favorites is The Governor in The Walking Dead books and TV series.  He’s actually portrayed differently in the TV series and I like him more there.  The various Batman stories receive a lot from good villains.  See The Killing Joke (http://en.wikipedia.org/wiki/Batman:_The_Killing_Joke).

Hi Nathan
I loved this post, so thanks. I’m not sure I’ve read a better description of my own experiences of stories, both in your early paragraph, and the last. So yes, I am unashamedly a fan boy, and have been for much of my life.
I was slightly surprised that you didn’t mention comics anywhere, except with The Walking Dead (which i took to mean the TV show). Some of my geekiest moments have been when reading amazing stories such as Sandman, Love and Rockets, Strangers in Paradise, Preacher, Spiderman, the list goes on 🙂
I thought your list was pretty much bang on, and starting with characters is a must. In fact, more and more these days I’m attracted by characters. If I’m not feeling something for them, the quality of the plot is pretty much irrelevant. I think this is particularly interesting when applied to scifi and fantasy, as. like you with the Asimov books, I find quite a lot of fantasy where the characterisation is just too thin to engage me. It seems that for some authors, the presence of dragons/magic/killer penguins (delete as applicable) cancels out the need for real people!
thanks again
Mike

Dan Bonser Faceless hordes of unnamed, undifferentiated characters is a pet peeve of mine as well.
Although some of his changes have been controversial, you have to give credit to Peter Jackson for rectifying this with his Hobbit films… especially the upcoming Desolation of Smaug.
In the book, the dwarves are captured by a faceless, nameless group of Elves who are never defined as characters.  By giving some of these elves individual names and personalities, Jackson is making them come alive as characters in their own right.  And the fact that Legolas would have been there, according to Tolkien’s own chronology, makes this all the better.

There’s always three things that have to happen for me to enjoy a story.  1. Character, 2. Emotion, 3. Reality.  I have to like the characters to enjoy the story.  I recently read the Strain trilogy, and by the third book I found myself skimming…I didn’t care in the slightest about the characters, I had no emotion for the ending except happy to know how it finally ended….  Emotion is absolutely key.  I have to feel.  When Jake Sully sees his navi love ride on the back of the flying creatures in Avatar, I cried….  I cried every time.  Its beautiful, the freedom he is about to feel, knowing that ‘back home’ he’s wheelchair bound….  Reality is something that has to happen.  A friend recommended a book entitled “The Darkness that Comes Before.”  I really wanted to like it.  But scenes didn’t feel real enough.  There was a scene of two people talking on a crowded boat…and the ENTIRE scene was filled with faceless people.  In my minds eye, I seriously was seeing mannequins around them….  I didn’t even get a fifth of the way through that book….

I am a fangirl of many series. I enjoy classic shows like Star Trek, Doctor Who, Babylon 5, Forever Knight, Lois and Clark, and some of the current shows like Haven, Grimm, Supernatural and Dracula.

Babylon 5, Forever Knight, Star Trek Deep Space Nine to begin with for television shows… too many books to name and all of them contain the things listed in the article.

I’m obsessed with Doctor Who, Lord of the Rings, Game of Thrones, and more. All of these stories feature characters that I care about, and have fantastical scenarios that engage my imagination.

That was almost like reading a page of my diary (if I kept a diary). There are a range of emotions that have to be ticked off before I will declare a story (on screen on in text) great. The rarest, for me at least, are triumph and vengeance. Aeryn Sun treated me to the former time and again in Farscape. As for that really powerful feeling of righteous fury and payback I look to David Weber’s Honorverse.
Also a really compelling villain is hard to find.  And oups,  I have a word count to hit today. This was a really nice read though.