This article is by Seán Gray, and is presented by Worldbuilding Magazine. 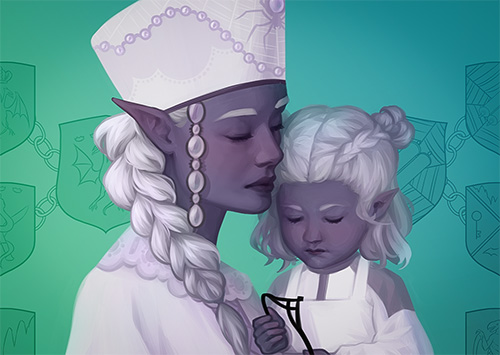 Fiction is overflowing with kings and queens, galactic empires, and bloodlines bursting with hidden power. History, too, is replete with important lineages and conquerors who spawned mighty dynasties. This article aims to explore an often neglected succession system that helped create several such titans and how it can be applied to your own worldbuilding.

Originally found in Gaelic Ireland, tanistry is a method of succession where the nobility elect a ruler from their own number. Each member of the nobility is eligible to become monarch. While named for the Gaelic version of this system, tanistry has also been used as a system of succession in the Ottoman and Xiongnu empires.

First, let’s look at a few historical examples of succession systems similar to tanistry. We’ll start with the Gaelic version of tanistry because it offers us clues as to how the system emerged. In this method of succession, the heir would be selected from a pool of potential noble candidates while the king still lived. This assembly, all of whom shared a common patrilineal ancestor, would choose an heir known as the tainist.[1]

With so many potential candidates for the throne available, the inevitable happened. Infighting and betrayal became a common theme for Gaelic nobility as they raided and pillaged each other to assert their dominance. Reputation was everything if you didn’t want to be deposed by your kin.[2] Unfortunately, these conflicts had the adverse effect of creating a poor reputation for the Irish since others saw them as ruthless and constantly belligerent.

Gaelic tanistry demonstrates quite clearly how it, and related heredity systems, can take shape—and be shaped—by the lands of your world. Gaelic Ireland was a cattle-based society, where a person’s wealth, measured in cows, could be stolen in minutes. Without a central government to enforce law and order, local leaders needed to be perceived as strong to dissuade potential cattle rustling.[3] Naturally, a system arose to provide candidates who fit the bill and toss out those who didn’t. Chieftains who couldn’t satisfy their noble backers were quickly and violently ejected from power. 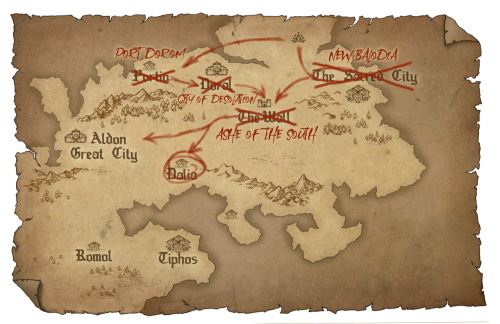 A similar system arose during the foundation of the Xiongnu Empire. As the first nomadic empire to arise on the Mongolian steppes, they practiced extortion on a national scale—raiding China to maintain the stability of their empire. Possessing a powerful military advantage through their use of horse-mounted archers, the Xiongnu set the stage for later nomadic empires such as the Huns and Mongols.

For 150 years, the Xiongnu ruled the plains uncontested.[4] Their dominance was built on taking riches from China, either through pillaging, trading, or demanding tribute. The empire’s leader, the Chanyu, then distributed this newfound wealth among the lesser chiefs of the Xiongnu to ensure their loyalty.[5] Below the chanyu, the Wise Kings of the Left and Right functioned as governors of the Xiongnu empire, with the Wise King of the Left being the Chanyu’s designated heir. Underneath these two officials, twenty-four “great chiefs” existed, who acted akin to an electoral college. If the heir was too young or incompetent, they would choose from among the brothers of the dead Chanyu to rule the Xiongnu Empire.[6] This system, at a fundamental level, hardly differed from that of the Gaelic chiefs. If its similarity to Gaelic tanistry was anything to go by, infighting and chaos should have torn it apart.

Despite the odds, however, the Xiongnu proved quite successful. Perhaps it was due to the Chanyu’s ability to reward loyal followers, ensuring it was better to back them than revolt. Whatever the reason, the Xiongnu Empire held together remarkably well for a confederacy of nomadic tribes unused to organizing on such a massive scale.

It is also worth noting that methods of succession can, and often do, evolve as time goes on with tanistry being no exception. The Ottoman Empire is an excellent showcase of how pragmatic concerns can change how tanistry works over time. As the centuries passed, the Sultans’ succession processes transformed depending on the needs of the current situation. Early on, their tribal roots heavily influenced how leaders were chosen. Any male from the dynasty was eligible to rule under the old system, but there could only be one in charge of the empire. In response to this custom, a policy of fratricide became commonplace. Once the Sultan died, all bets were off. To prevent infighting, beginning with Sultan Murat I in 1362, sultans killed their brothers and half-brothers once they took the throne.[7] However, lifelong imprisonment eventually replaced this fratricide as a more humane solution.

While this system might sound incredibly unstable, it worked quite well. The Ottoman Empire grew from its humble roots as a semi-nomadic Turkic tribe to a great power that lasted for centuries (until its eventual dissolution in 1922).[8]

Now let’s look at applying tanistry to our own worlds. As the above examples show, the system has changed quite extensively depending on local customs, needs, and events. These distinctions provide an excellent opportunity for worldbuilders, allowing them to create a bespoke version of tanistry for their own uses.

Picture an archipelago of small, wintry isles. This is Foria. Life is hard with scarce resources and long winters. A few humans live here, scattered into different tribes and small bands, struggling to survive. The soil is too poor for farming, so they hunt and forage to keep themselves fed and clothed. Without their magic, they would not survive on these islands, for the temperature drops drastically at night. With little to no wood to be found, it can be hard to keep oneself warm. Thankfully, their nobility can control fire, conjuring and manipulating it with ease. The blood of the sun god runs through their veins they say, claiming direct descent from him. Lighting fires not blessed by him is tantamount to blasphemy in their culture.

There is a cost, however, to these powers. Magic rots the body and mind, leaving its wielder addled and frail after prolonged usage.

Now that we’ve set the stage, let’s look at how tanistry might arise in this setting. Initially, the chieftain passes their role onto a hereditary heir, but issues soon emerge. Many chiefs fall prey to magical illnesses before the birth of a suitable successor, leaving the tribe directionless. A leadership crisis emerges. Some clans respond by choosing a new chief from their ranks to fill the hole left behind. What begins as a temporary band-aid soon becomes permanent with the most capable magician assuming the role of chieftain—rather than a son or daughter. Those who use this new system thrive in comparison to their neighbours since they can better guarantee strong leadership. Before long, all of Forian civilization has adopted it.

Of course, this system isn’t a panacea. It encourages infighting and equates magical prowess with good leadership. It is also, effectively, a meat grinder, ruthlessly masticating a tribe’s magicians. Being crowned chieftain might even become something of a punishment—a way of substituting criminals for other, more valuable magicians.

Tanistry developed in Foria in large part because of the presence of magic. The unrelenting environment encourages small groups and intimate connections if you want to survive. Being leader of the tribe quickly became a death sentence, leading to the concept of the “chosen chief,” Eventually, chieftain becomes a poison chalice, their early death becoming vital to the tribe’s survival. Perhaps a long-living ruler is seen to be a selfish one, as he is not using his magic to help his people, but rather avoiding it to save his own skin.

None of this is to say that the success or failures of these cultures was due to tanistry alone. Many factors help explain the rise and fall of these groups, and attributing it all to a single reason would be a gross oversimplification. History is complicated, and any readers interested in learning more about tanistry’s role throughout our past are encouraged to do their own, deeper research. This article is an overview of tanistry and its potential worldbuilding applications, not a comprehensive account of these peoples.

Tanistry is a fascinating display of how cultures’ needs shape how they rule themselves. This system has much to offer any prospective worldbuilder looking to build complex, fleshed-out worlds. The sky may be the limit when it comes to constructing kingdoms and empires, but having a roadmap is always handy. The succession systems of the Ottomans, Xiongnu, and Gaels showcase the incredible potential of tanistry, just waiting to be tapped. 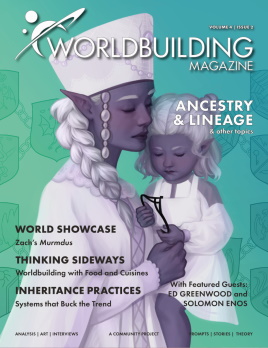 Worldbuilding Magazine is a bi-monthly publication which covers a variety of worldbuilding topics. This article was featured in their February release: Ancestry & Lineage. You can visit their website to read full issues and subscribe for free here. Make sure to join their Discord or follow them on Twitter for the latest news. Mythic Scribes is a proud partner of Worldbuilding Magazine.

Cover art for this issue was done by Chanh Quach.  Map illustration by Josef Steyn.

Thank you for sharing! I found this article really interesting for my WIP considerations.