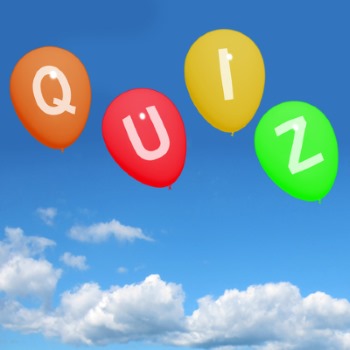 Do you spend weeks and weeks designing the ceremonial cloaks that your orcs wear for their Annual Wereboar BBQ?

Do you sketch maps of obscure villages that haven’t existed in your world for thousands of years on napkins?

Do you lie awake before bed and think, “I really should figure out how the ogres in Fazbaath take care of their teeth.”

If you even thought for a split second, “This sounds like me,” then you might be an Obsessive Worldbuilder.

Now let me start out by saying, this isn’t a bad thing. You have a certain eye for detail that some of us can only dream of having. However, it might be important to factor in the “Story-Worldbuilding Ratio.”

If you are spending hours of your writing time researching how dwarves might craft beer when they live a mile beneath the earth or how hot dragon breath really is, you can try to channel these elements into your story. Perhaps your dwarf main character wants to bring the wonderful beer he drank on the surface to his comrades below the mountain, but everyone tells him it’s impossible. Or a warrior blocks dragon fire with her shield and has to estimate how long to hold it before it melts like ice cream.

This Worldbuilder Quiz might help you figure out how to use your worldbuilding ninjitsu to solve these problems.

Without further ado, let’s get into the quiz.

1. How much time a week do you spend working on worldbuilding?

2. You want to design a new race for your world. You decide to:

a. watch Netflix and deal with it later.
b. slap a new name on elves and consider it done.
c. look into various mythologies to see if you can find something similar that isn’t overused.
d. yizmarl ja’kat lirri cantoak’il aphalk

3. You’re in need of a map so that you can keep track of where your characters are going. You:

a. scribble some crap in MS Paint and admire your work of art.
b. sketch out something on graph paper with colored pencils, keeping track of forests, mountains, and roads.
c. spend several hours researching Medieval roads on Wikipedia, forgetting you were supposed to meet a friend.
d. quit your day job and become a cartographer.

4. There was a huge war a long time ago between the elves and dwarves that wrecked the continent. You:

a. “Magic? I don’t need no stinkin’ magic.”
b. “Bah. Who cares? I’ll make it up as I go along.”
c. “Maybe wizards will be born with magic and can only cast spells when in direct sunlight. Solar power!”
d. “In my world, there are 15 kinds of magic. Horse magic, beetle magic, pencil magic, root magic, leaf magic, computer magic, sock magic, cat magic, undead cat magic, magic magic, stink magic, backwards magic, map magic, lamp magic, and super moon destructo magic. Horse magic can only be used by horses or other horse-like creatures (pegasi, centaurs, unicorns, etc.) It is channeled by their magic hooves blessed by the horse goddess, Majesticalla…(You get the point)

6. You have all day to do some writing. You spend that time:

a. scrolling through Facebook and/or Twitter.
b. working on an outline for a new story.
c. brainstorming some ideas and getting several hundred words written on your current novel.
d. designing a language for gnomes in a novel you haven’t worked on in several years.

7. Complete this sentence. “Worldbuilding is…”

8. A dragon swoops down to attack a village. Which choice most accurately describes how you would paint this picture?

a. “‘Oh crap, a dragon!’ Darwin screamed.”
b. “The dragon torched the village.”
c. “The dragon’s fire breath burned down the town hall in a matter of moments, the intensity of the heat even reaching the front gate.”
d. “Dragons were known for their white hot breath that could burn wood to ash within approximately fifteen seconds. Its long neck enabled it to get a wide arc of breath, engulfing five to six buildings within a eight second spray…” (This goes on at length describing the dragon’s head, scales, claws, eating habits, sleeping habits, the shape of its eggs, and so on.)

a. “My world is too dark for unicorns.”
b. “Yes, please.”
c. “I’m thinking about including them as mounts for the Traitor elves, but only the undead unicorn variety. Traitor elves wouldn’t ride regular unicorns. I reserve those for paladins, clerics of Navaka, and were-squirrels.”
d. “I have unicorns, duohorns, trihorns, quadhorns, pentahorns, hexahorns, septahorns, octohorns…”

10. You took this quiz because:

a. you were bored.
b. you wanted to verify your world-builder status.
c. you’re an obsessive quiz-taker (especially anything about what kind of cat you might be, what Star Wars character you most resemble, or what your name means in Martian).
d. this is the fifth quiz about worldbuilding you’ve taken today.

Notice a pattern? If you answered “D” for most of the quiz, then you are probably an Obsessive Worldbuilder. But guess what? This also means you are insanely creative.

If you develop your worlds with such love and passion, then you must be doing something right. The key is to figure out how to also channel that awesomeness into characters, plot, and other elements of story-telling.

Worldbuilding is a fantastic tool to make your stories pop and give it that extra life that makes your readers go “Ohh!” and “Ahh!” Of course too much of good thing might make you lose focus on the actual story-telling. Finding that balance will not only make your stories more interesting, but make every aspect shine that much brighter.

So what if you worldbuild a lot. It’s fun. Have fun and create, but also remember that worldbuilding is used to give characters their playground. Give them somewhere to roam and see where it goes.

What do you think about obsessive worldbuilding? Do you feel it can become a problem or does it make you that much stronger of a writer? Leave your comments below!

For discussion of all things fantasy-related, check out Philip Overby’s Fantasy Free-for-All. 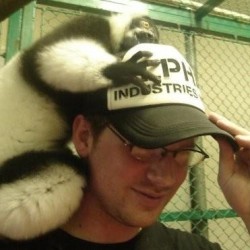 Actually i don’t draw maps. I’ve been never touch a paper since i was graduated from high school :v
It’s been ages :v
My answers are a, b and c sometimes i want to make answer E cuz i don’t do four of them :v
Well I’m not a really descriptive person, i used to write comedy.
Everytime i write a fantasy story i simply think that my works are trash after two day keeping that works on my phone notes. Then guess next, I delete them completely :3

haha, I’m not an obsessive world builder, but I love delving into worlds that others have created. You’re making me want to get into it though — and I am working on a fantasy so it’s a skill I need.

Thanks for commenting, Jen! Fantasy is definitely fun to write because you can do all sorts of stuff with it. Good luck! (And sorry for the late comment!)

Fascinating – I am definitely not a world builder – I tend to write about the here and now just so I won’t have to figure out a new alien language or social code. That being said, I so admire people who are good at that. It was interesting to read the quiz and take a peek into another mindset. This is a fun blog and I get a kick out of your posts. I’ll keep reading.

Hi, thanks librarylady! I’m glad you enjoy my posts! I also tend to just write what comes to me and rarely spend too much time working out all the details until later.

Most of the setting ends up being only touched on lightly in my books. I write YA middle grade though.

I think that’s normal, really. I like to do a lot of worldbuilding that never makes it to my stories just for the hell of it. Thanks!

I’m always surprised when people admire the complexity of my world (Pearseus), as I don’t think of myself as obsessive about world-building at all. I just come up with those details that make sense, as needed. I usually do this just before falling asleep. Or just as I wake up. Or at any moment in between.

Thanks! That’s cool when worldbuilding comes without thinking. Most of what I do now is just stuff I think sounds good.

What a great quiz! I answered D to only a few of the questions, so I guess that means I straddle the line of insanely creative and a good contentious world-builder. Right? Right? 😉

Thanks, Grace! Yes, we all need a little insane creativity now and again! 🙂

Fun quiz! For some of us, world building is compulsive, but like Philip said, as long as we don’t lose sight of the end product story we may eventually finish writing it and have a more awesome story because of all the research and creativity. I like the emphasis on balance in this fun post. Thanks! Maybe we should a group like world-builder anonymous. On second thought that could get scary.

Thanks, KC! Glad you liked it. I love worldbuilding myself, but I sometimes find it can be counterproductive if I spend too much time with it. Still makes it fun though!