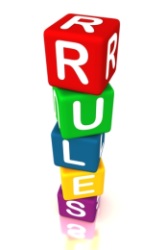 When it comes to writing, I like to say that there are no rules. However, that is not entirely accurate. There is one rule:

This is a pretty obvious rule, assuming your goal is to write something that other people want to read.

If that isn’t your goal, then you would want to use what didn’t work… which, remembering your goal, would work. Which means you’re still the following the rule. Hrm.

In the context of creative writing, rules are – as a certain pirate captain might say – really more like guidelines. Use them when they work and ignore them when you have enough reason. The catch being that to know when you can safely (and advantageously) break a rule, you have to understand it thoroughly.

The Laws of Creative Writing

Allow me to use an example from a different discipline – martial arts. I have been an instructor for sixteen years, and a student for twenty. “Keep your guard (hands) up!” is the rule I most commonly pound into my students’ heads. Literally. When they drop their guard, I hit them in the head.

On the other hand, when I spar I often ignore this rule, and let my “guard” down. Of course, opponents who fall for it quickly learn that I never really dropped my guard – I just let my hands drop as a ruse. I can do this because years of experience have taught me the limits of my own speed and reflexes.

The limits of speed and reflexes are more akin to laws. Not judge-and-jury laws, but physical laws – attempting to defy them can only result in pain. As a second famous pirate captain once said: “The only rules that really matter are these: what a man can do, and what a man can’t do.”

I’m going to make bold here and posit the following: Creative writing has no laws. There are only guidelines. There is no rule that cannot be broken effectively and advantageously – if you understand it well enough.

Using adverbs? – Pffft. Gets broken all the time, and to good effect.

Head-hopping in “limited” POV? – Damn, son, is nothing sacred?

If You Understand It, You Can Break It

Now, before you get all excited and write a book with lots of head-hopping in several tenses where every other word ends in “-ly,” remember: Unless you understand the reasons why these rules exist, you are likely to get punched in the metaphorical face when you break them. Black eyes heal – one-star reviews are forever.

It is also worth noting that those writers who understand the rules enough to break them effectively are those least likely to break them often. Trying to play fast-and-loose with the rules too often makes you look like an amateur – or ignoramus – instead of a rebel.

So go ahead and read that latest bit of writing advice. Even if you know you disagree with it, or if you’ve heard it a million times before. Study the reasons given for the advice, or the justification for whatever silly rule the latest self-styled internet writing guru is espousing. Eventually, you’ll start thinking things like: “Yes, but…” or “That’s putting it too simply…” – and when that happens, keep reading anyway. Study the artificial walls people build around this funny little hobby of ours. Then bring in the battering rams.

Disagree? Think you can name a creative writing law?

Feel free to punch me in my metaphorical face in the comments. My guard is totally down!

You can find Tristan’s eBooks (including his recently published epic fantasy novel, TWIXT HEAVEN AND HELL) at Amazon and Smashwords. 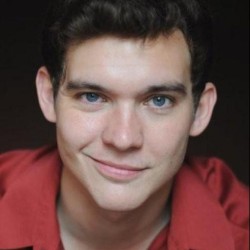 Obeying the inscrutable exhortations of my soul

First, Hunger Games is a really good example. The tense is unusual, and readers (esp. us writers) picked up on that, but because she did it well it did not detract from the story. (At least for me…)

Second, I would argue the best way to learn the rules is to write fan fiction. A lot of new writers -I was one of them- are afraid to show stories before they complete them because they’re worried about someone taking their idea. Fan fiction is a great way to get around that. The reviews give you immediate feedback on each chapter you post, and story length is up to the writer, so you can write short stories or practice extended stories (over 100 chaps or so…)

Since you’re using someone else’s characters and world, you can test out plot ideas by writing alternate universe stories (AU) or gender swapping popular characters. You can test out an original character (OC) or take an established char and tweak their personality to match an idea you had.

The best part about it is the amateur aspect, esp. for a new writer. There are blatantly terrible writings, and there are works worthy of publishing. A new writer can learn even just by reading different stories and then reading the review responses. But the best learning is hands-on, and fan fiction provides a place to learn the rules and to test breaking them before you move to the big league. 🙂

Great article. It’s advice I think writers need to hear. And eventually, we realize how true it is. It got me thinking about how a writer should learn the rules in the first place, and that led to a blog post. I hope you enjoy it.
http://www.eric-christensen.com/2012/11/20/rules-of-writing-and-a-response-to-mythic-scribes/

Most of the writers I have enjoyed and consistently read, have utilized the art of “rule breaking”.  However, as you say, you have to understand the rules before you can break them. Changing tense is one of the most effective ways of increasing the tension and bringing the reader to the “edge of their seat”. Most of the great horror writers have done this and it works. Thanks for a great article!

I am a rule breaker by nature and it’s usually pretty evident in my writing. I like that though. I don’t think I would be capable of writing something (eh hum) by the book. It just wouldn’t be me and then the story, as well as my creative process, would suffer.

I’m glad you brought up the importance of knowing and understand the rules before you knowingly break the rules. To break rules to achieve an overall effect is acceptable, but usually only if you succeed in achieving the effect.

Breaking the rules on occasion can be very effective.  My favorite rule to break is to switch tenses.  As others mentioned, present tense in particular can effectively intensify the drama.

I’m not a big fan of adverbs, so I do try to cut those out most of the time.

Excellent post!  Most important concept in the entire piece is this, “If You Understand It, You Can Break It”.  I’ve had far too many would-be writers tell me that it’s okay to break the rules but they are completely clueless as to what the rules are.  There needs to be a purpose to breaking a rule for it to be effective.

@mythicscribes and invent a budget!

Hell no! Never! The whole concept of rules can go screw itself.

Failure to give it your absolute best…

I think the only one I’d stick by is that a writer should actually know the rules before she/he breaks them. Any writer who knows that their doing breaks rules constantly.

<It is also worth noting that those writers who understand the rules enough to break them effectively are those least likely to break them often.>

This. If you understand the principles that are driving the rules they become less edicts you follow, more methodology you employ because it works. It’s not that you have to follow the rules, it’s that you need to consciously decide when something else will work better, and why. This isn’t a decision that can be made without comprehensive understanding, and not one that should be made lightly.

“methodology you employ because it works”

A good way to phrase it. I use another metaphor with my students sometimes: A fence in front of a cliff.

To be creative, you must often “break rules”….

I think it doesn’t matter what rules you break, but how often you do it and if you do it with style.

“Use what works.” Everything else is just technique.

Creativity has one law, and that’s anything goes.

What about delivering what you promise to your readers? If you promise something to your audience, and then don’t deliver, you’ll face a backlash. I’m thinking Lost here. Those writers really dropped their guard, and deserved a good smack in the face.

I have the feeling that will somehow fall under the rule #1. Obviously what they delivered did not “work” for the majority of their audience. It’s something you can only talk about in general, though. Any particular reader may like or dislike what you do (I’m sure there were some Lost fans who loved the ending). As the saying goes, all you can do is try to please most of the people most of the time.

I really like the title of this article. Tons of authors break the rules in a way that ultimately gains them praise. One of my favorite rules to break is the tense-changing rule. Switching from simple past tense to present tense can be extremely effective when writing a traumatic scene. It decreases the narrative distance, drawing the reader into the action. When I read scenes like that, every detail seems important and I fear what might happen next.

@beckyefp I completely agree with you. When writing is in the present tense, it really amps up the sense of immediacy and danger.

I used to always hear that you should never write a book in the present tense.  However, I recently read The Hunger Games for the first time.  I was taken aback by how the use of the present tense made the drama so much more intense.  As you said, every detail seems more significant.

@Antonio del Drago del Drago I prefer present tense myself.I also noticed that tense affects word-choice. Seriously… try taking a past tense narrative and converting it to present. You can’t just change the verbs, and you may need to drop words like “before” and “after.” The story flows as if everything is happening NOW, so that’s how I’ve been writing a lot lately in my MS posts.I was glad to read your comments, Becky and Tony. I never really thought about WHY I prefer writing in present tense… this makes me more enthusiastic about sticking with that style.

@John M Haley  @Antonio del Drago del Drago For a while I was a snob when it came to tenses. I cringe now that I think about it. I love when people “break the rules” and get away with it. I didn’t even realize The Hunger Games was written in present tense, but that explains the heightened tension I felt throughout the entire story.