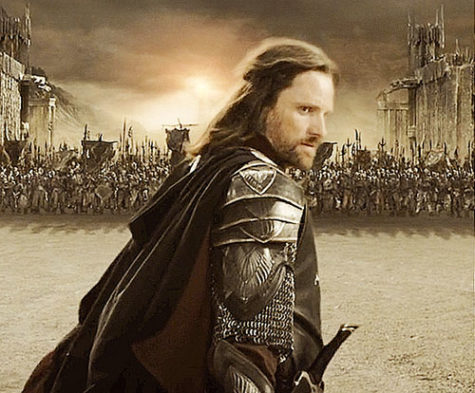 This is Part 3 of the Mythic Guide to Heroes & Villains.

Characteristics of a Hero

The characteristics that you give your character are entirely up to you. The hero archetype does have some characteristics that are synonymous with the role, however. While you are not required to use all of them (or any of them, for that matter) you should at least familiarize yourself with them. They have, after all, created a formula for heroes that has lasted for thousands of years in the world of fiction.

In the world of fiction, bravery is (almost always) a defining characteristic of a hero. Note that this does not mean that your character needs to be fearless. If your character is absolutely sure of himself and feels no doubt about his journey or fear of the villain, your hero can come across as too self-assured and even arrogant. A complete lack of fear is not even possible in nature. Fear is a self-preservation instinct that is inside of us all, and it is there to serve a purpose.

True courage means that the character has rightfully acknowledged the risks of the journey ahead of him. He progresses forward not from a casual dismissal of these risks, but through a determination to do what is right in spite of them.

As far as your hero is aware, there is a very real chance that the villain will triumph and kill him. Always keep this danger in the forefront of the hero’s mind, but never allow it to prevent him from doing what is right.

It is important to note that arrogant and over-confident characters can work well as heroes, provided that those unappealing traits are presented as flaws. A good character can have too much pride, but he should pay for it at some point in the story, which prompts him to reevaluate how he thinks. But if the arrogance is written as a justified state of mind, the character will become boring.

There has to be a reason why your hero is the hero, rather than just one of the supporting characters. A more supernatural reason for this is explored in the “Destined” characteristic, which this series delves into later. But there should also be a more down-to-earth, practical reason for why this character is the hero of the story.

The hero typically has some sort of exemplary skill. Classically, this is often combat related. This could be uncanny swordsmanship, tactical brilliance, fearsome spell conjuring, street-wise cunning, or another skill that sets the hero apart from other characters.  This skill is what gives him a fighting chance against the overwhelming odds that he must face.

It’s not uncommon for the hero to be modest about the skill, or for the skill to only reach its full potential at a later point the story.

Make your character skilled, but not too skilled — especially early on in the story. At no point should his collective skills vastly overwhelm those of the story’s primary villain. The most effective approach is for the hero to gradually, over time, discover that he has the skills to match (not outright surpass) the villain. Only at the story’s climax should the hero discover that his skills (just barely) surpass those of the villain.

Read more of the Mythic Guide to Heroes & Villains.  Part 4 will look at Sacrificial Heroes and the Messiah Archetype.

Characters who are too skilled can certainly be a drag on the story, especially if they outmatch the antagonist by a wide margin. For a story to be interesting, the protagonist needs to face a challenge. If there is no challenge, the reader does not care about what transpires.

In addition to reading this blog, I recommend that everyone purchase a copy of Tony's "The Mythic Guide to Characters" . It's an in depth, comprehensive book on how to create three dimensional characters. Another great thing about the book is that even though Tony is an academic, he doesn't talk down to the reader, the book is easy to understand and a really fun read.

As a matter of fact, I bought this book not long after it was published and I was supposed to PM the author for his work address so that I could an autograph but I totally spaced it. This is me reminding myself to do that now :/

Excellent. Do you have any fictional works?

I spent several years writing a fantasy epic. I completed a solid draft, but now it needs a lot of editing. The problem is finding time to give it the attention that it requires. Hopefully it will see the light of day sooner rather than later.

I always find easy for me creating good villains. i often have excellent ideas for villains but when it comes to heroes I get stuck on one of the points you mentioned (end up creating too skilled and powerful hero). Trying to work myself on hero development from fresh and seem his skills growing with the story.

Thanks Azeroth! I have eight more articles planned for this series. When it's finished, people will be able to read the Mythic Guide to Heroes & Villains in its entirety here.

Excellent. Do you have any fictional works?

These blog entries are excellent, Black Dragon. They will definitely help me as I am currently in the process of world-building. Well done!

Thanks Azeroth! I have eight more articles planned for this series. When it's finished, people will be able to read the Mythic Guide to Heroes & Villains in its entirety here.

These blog entries are excellent, Black Dragon. They will definitely help me as I am currently in the process of world-building. Well done!