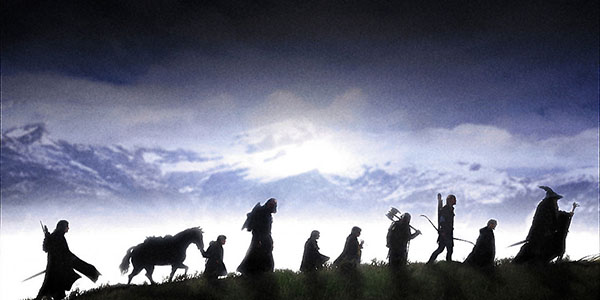 This is Part 2 of the Mythic Guide to Heroes & Villains.

An archetype, in simplified terms, is essentially a defining quality or qualities that summarize a character into a label. One of these is “hero.” The hero is an archetype for a character, as is the anti-hero, the villain, the mentor, the side-kick, and so forth.

While it is important for your characters to be original, many writers still elect to utilize these well-known archetypes. These already well-established archetypes have been a part of your reader’s lives for years, and therefore are easy to form a connection with. It is possible to use archetypes and still have a unique story. For instance, both Frodo Baggins and Harry Potter fall into the archetype of a hero with a destiny, and they both exist within a fantasy setting; and yet their stories are vastly different from each other.

Heroes often embark on a journey. Sometimes the journey is metaphorical and sometimes it is quite literal. More often than not, this journey follows a specific formula.

First, the hero is established within a mild environment. This helps the viewer form an initial bond with the hero; they are introduced as an everyman.

Once we have spent a little time with the hero in their natural element, some event transpires and the hero is suddenly cast into entirely different surroundings. Luke Skywalker is introduced as a farmhand of sorts for his uncle, and is then pulled into intergalactic conflict. Frodo Baggins is introduced as a happy young man in the Shire, and is then forced to bear the weight of Middle Earth on his shoulders. Harry Potter is a child living in a cupboard under the stairs, and is then transported into a fantasy realm. Michel Corleone takes great efforts to be a law-abiding citizen in spite of his family, but is then pulled into New York’s criminal underworld.

Once the hero has been cast into this unfamiliar environment, they are often faced with some great task they must complete. There is a realm to be freed, people to be rescued, revenge to be served, or a world to be saved.

Accomplishing this task often involves overcoming obstacles both internal and external. Examples of internal conflicts include fears, desires, regrets, and doubts.  Rarely is the hero a perfect person at the beginning of the story, and those that are provide a recipe for an exceedingly boring character. Throughout the journey, the character learns more about themselves and their faults. When forced to face their inner demons, the common hero archetype overcomes them. The hero learns things about himself or herself, and becomes a better person in the process.

The hero’s path will also be obscured by external forces, most commonly the villain. This opposing force is one of tremendous evil power, as will be covered later in this series. The villain will taunt and antagonize the hero throughout her journey, and it is not until the climax that the hero may finally overcome the opponent.

The final stage of the hero’s journey is the return home, assuming the character survived the final conflict. They are greeted with love and admiration, having created a better world for their fellows.

Read more of the Mythic Guide to Heroes & Villains.  Part 3 looks at Courageous and Skilled Heroes.

Hi, My hero is an angel who is damned for eternity when he falls for a virgin. The virgin is also a heroine who turns a patriarchal society into an enlightened egalitarian civilization.