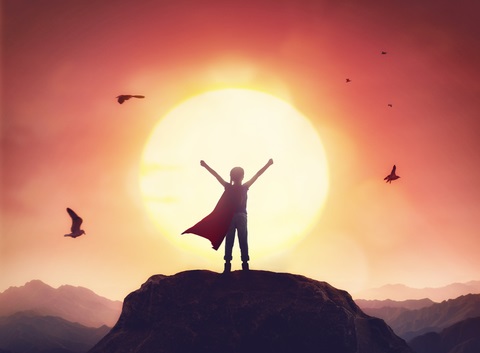 This is Part 1 of the Mythic Guide to Heroes & Villains.

Heroes and villains are nothing short of cornerstones within the literary world. Their incarnations have appeared in nearly every literary work, with very little and debatable exception.

The term “hero” has been used in a very broad spectrum throughout the literary world. The terms used in ancient Greek literature was specific to demi-God characters. For some, the protagonist (or main character) is automatically the hero character within his or her own right. For others, a character can only be classified as a hero if he or she meets certain prerequisites.

This series will go into detail about what can make a character a hero.

Why Do We Have Heroes?

The primary reason people still adore the classic hero concept is that they want to see themselves in the character. Everyone fantasizes about being a hero at some point or another.

This isn’t an entirely realistic fantasy, when approaching it from a literal point of view. Rarely have we seen something even remotely similar to fictional heroes and villains in everyday life. Even some of the closest examples fall short, such as Winston Churchill and Adolf Hitler acting as the hero and villain of World War II, respectively. Unlike in fiction, the hero and villain do not actually face each other in person, nor did their actions as individuals single-handedly determine the outcome of the war, despite popular belief. Both the Allies and Axis had many leaders, and while Churchill and Hitler did play important roles for their nations, neither one of them had the power to alter the entire course of the war merely by themselves. It was a collective effort of many nations, many leaders, and every last soldier on the front lines.

So if the hero and villain are so over romanticized, why do we still use them in literature after all these years; and why do we attempt to place ourselves in their shoes? When trying to relate to a hero, it is better to look at their journey through a more metaphorical perspective, rather than a literal one. Particular individuals do not change the course of the entire world, but they can change the course of their own life.

We watch the hero as he struggles to defeat his enemies and inner demons. We relate to this in our day to day lives as we struggle to succeed and do right by our fellow man.

Heroes are fictional in that the spectrum of what they can and cannot influence is greatly over exaggerated. But they are real in the sense of their ideals and passions. They reflect life principals that we all seek to understand and emulate.

A story in which we witness someone triumph over all odds gives us hope for our own lives.

Read more of the Mythic Guide to Heroes & Villains.  Part 2 looks at the Hero Archetype and the Hero’s Journey.

The next post in the series is now live:

The Hero Archetype and the Hero’s Journey

Thanks for this great post, Tony. Why do we need heroes? For the reasons you say! Love it.

Thanks Anne! I’m glad that you liked it. There is more to come in this series.