Monsters, Maces and Magic: Outpost, the first novel in my new series (LitRPG/Fantasy) is now available.

If you enjoy fantasy and/or RPGs, this series may be right up your alley.

Description: Glenn, a college sophomore, has a Sociology 102 paper that requires spending time with an unfamiliar group or culture. Luckily, two hot girls from his class have the same idea: Attend the university’s game club to get reaction material for their papers.

A creepy game moderator shows up, ready to start a game of Monsters, Maces and Magic. Glenn doesn’t fret over the GM’s disturbing vibe, figuring it’ll lead to potential fodder for his paper.

Moments after rolling up his character and beginning the adventure, Glenn, his two classmates, and three other players are drawn into the game, literally. How and why they got trapped in the game, transformed into their RPG characters are important questions, sure. But simply surviving a world filled with horrific creatures, unknown magic, and perilous roads is first on the list.

The ebook preorder is currently at a discount, and will be officially released March 7th. I will post updates as they become available. And, if you do pick up a copy, don't hesitate to share your thoughts.

Note: The second book in the series, Betrayal, is due out in April. 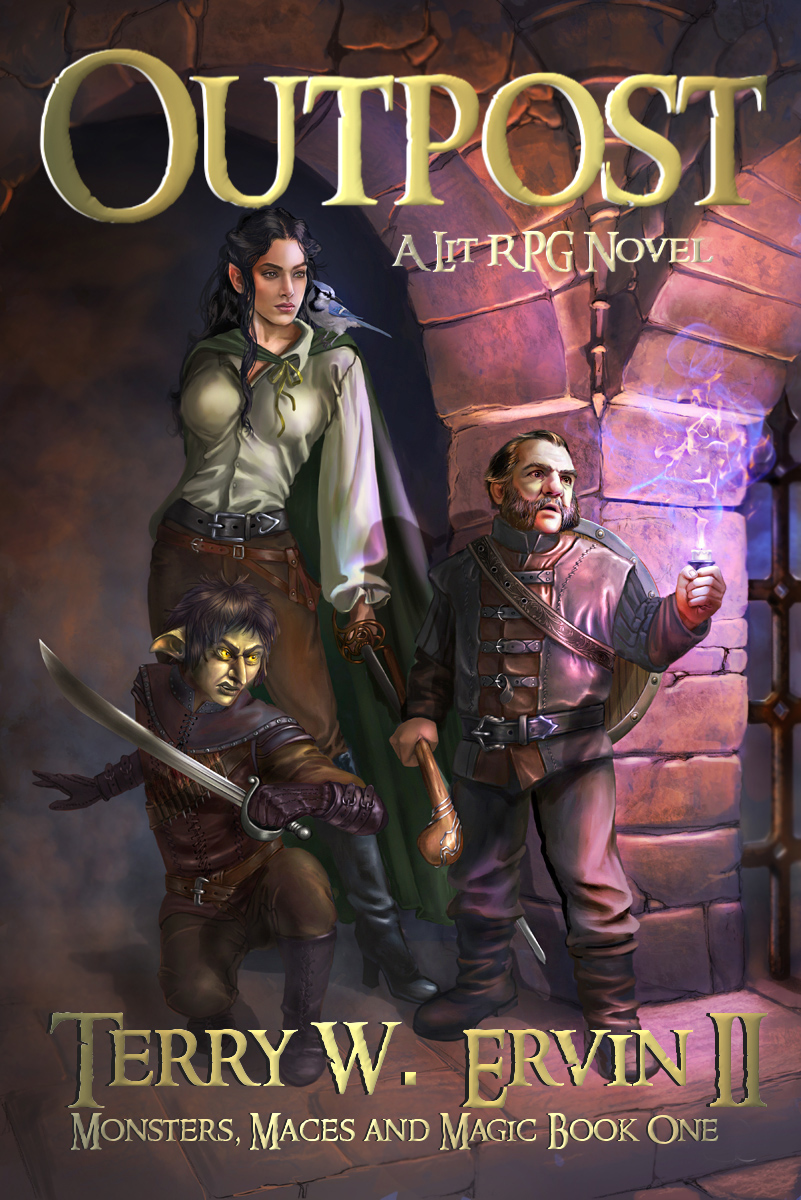 Monsters, Maces and Magic: Outpost has been officially released.

Link: Where Outpost is Available

If you do get a copy, I look forward to your thoughts.

Thought I would post the official Monsters, Maces and Magic logo:

Don't know every way and how much it might be used, but figured to establish it early on.

The audiobook version of Outpost is now available. Currently it's #1 in its Amazon category for new releases.

If you enjoy audiobooks, please take a moment to check it out: Monsters, Maces and Magic: Outpost Now Available

Article Team
Finally got around to picking this one up today.

Svrtnsse said:
Finally got around to picking this one up today.
Click to expand...

Thanks for giving Outpost a try, Svrtnsse. I hope it proves to be something you enjoy.

Monsters, Maces and Magic: Outpost was reviewed on the LitRPG Audiobook Podcast this week.

Monsters, Maces and Magic: Outpost is now on sale for 99 cents at most ebook sites, including Amazon (US/UK/Canada/Australia), Kobo, Nook, Smashwords, Google Play, iBooks and more.

Here's a Books2Read link to them: Outpost Ebook (if you might want to pick up an inexpensive/discounted copy).

Can I just say that I really like your cover.

Thanks, Pemry Janes. The artist is Drazenka Kimpel.

Currently Outpost is on sale for 99 cents at most ebook vendors. (Some have not converted the sale price request yet.)

Link: Where Outpost Ebook is Available

Outpost is currently available for Free through most ebook vendors.

If you haven't picked up a copy, now would be an opportune time. Gryphonwood Press will soon raise it back to its regular $2.99 price.

If you do pick up a copy and read it, I look forward to your thoughts.

Pick up your ebook copy (available through most vendors) of the Fantasy LitRPG adventure by following this link: Monsters, Maces and Magic: Outpost ebook

You must log in or register to reply here.

Monsters, Maces and Magic: Revived has been released