We’re excited to announce the publication of the Iron Pen Anthology: Volume 1.

This is a collection of stories written by members of Mythic Scribes.  Each of these stories was written for one of our Iron Pen contests, which challenge writers to come up with fantasy stories based on four prompts.

This anthology features eight winning entries, which have been further expanded and polished, as well as a bonus story.

You can learn more about these stories and their authors at Cracked Anvil Press.

No themes. No shared worlds. Just stories that have earned the Iron Pen.

In celebration of the anthology’s publication, we are giving away two digital copies.  The winners will be able to choose between Kindle and Nook formats.

For a chance to win, simply volunteer a prompt for a future Iron Pen contest.  Here are some sample prompts that have been used in the past:

Leave your prompt in the comments below.  If we decide to use it, you will be one of the two winners.

Check out the Iron Pen Anthology: Volume 1 on Amazon and Barnes & Noble. 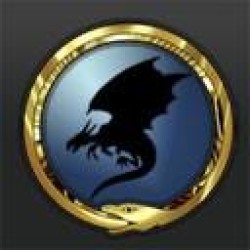 Mythic Scribes
Mythic Scribes is a community of fantasy writers and fans.Visit our forums and introduce yourself to our growing community.

A date with Janus.

Interesting – I’ll have to keep this in mind and tweet/share!

That looks amazing, I can’t wait to read it! The title that caught my eye was ‘Madness’. I’m shivering and rubbing my hands together, that’s how much I want to read it. XD

Congrats to them all!

Prompt: In a Free Fall

Congratulations to all the winners!

Congratulations to all in Iron Pen Anthology!

This is truly inspiring. I will definitely be submitting to the Iron Pen in the future.

As for my prompt entry for the free copy…

A death that creates life

A portal opens in the middle of a suburban street.

A hero with a cursed destiny

The betrayal of someone you love

Congrats on getting the Anthology out there and congrats to all the authors who have their stories included!

A fallen woman with a hidden agenda