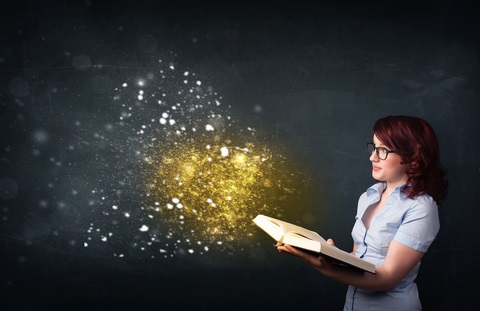 Listen up fantasy writers: We need to talk more about literary themes.

I know that themes are hard. In English class my teachers and probably yours talked about themes in a way that felt overthought, random, and forced. Some literary writers describe themes as a regimented dictum that defines every page of our novels like a straightjacket, creating an exercise in frustration that cripples the joy from writing. And some genre writers have given us the out, talking about themes as a literary force that appears on its own as we write our novels.

And they’re right, it does – because life has themes.

People follow patterns during any given stretch of their lives. We have habits and flaws and values that we live by, and even the way other people treat us throughout our lives can be consistent because people react to our attitudes and behaviors.

Personalities create their own themes, and so does a strong character.

That’s why, for many readers, exploring strong themes is at the heart of the experience of reading a good novel. Themes let us talk about life through our work. And as writers, we can do more than let those themes develop unnoticed in the background, at random, by accident. We can use those themes to strengthen the emotion of our stories and make an impact on our readers.

And we can do it without choking the life out of our writing.

A Case Study in Trindall Grove

Twice now I have written about Breldin, a character who maintains half an acre of a forest garden near the town of Trindall Grove. Breldin, as my cruel artistic whims would have it, was betrayed when his hired soldiers on an expedition turned out to be slavers and forced him into the curse he was investigating. He suffers from an affliction that has transformed him into a creature with violent impulses while he struggles to protect his psyche.

That story – like most stories, if we can see it – opens up a large number of themes that I can develop through Breldin’s journey. Among other things, his transformation gives him a surge of violent and aggressive instincts that he’s never wanted and has never felt before. He struggles with the person he was, the person he’s become, and the person he wants to be. His is a battle between choice and impulse, the need to redefine and accept what he wants from himself without giving himself up wholly to violence. He needs to rise above his victimhood to decide who he is now.

I can’t in a few paragraphs of an article help you to develop deep comments on life. But just like your main characters, Breldin has to choose the path before him. By identifying his themes of identity loss and inner turmoil, I can twist my other characters into paths that highlight characteristics of the path he chooses.

I can try to imply a commentary on life for my readers regardless of whether I can successfully narrate one.

Let’s call them alternate-reality glimpses of the main character’s path in other characters. In some cases they can be difficult to create, but even chosen ones don’t exist in a bubble – what did the last awkward heir-to-awesomeness do with the title? What mistakes and triumphs do other people in a similar plight experience? What can we show our readers to highlight the life lessons of the path our character takes?

Elevating Themes Through Other Characters

For Breldin, the task is straightforward. I can develop the other characters that the slavers forced into the curse alongside him, people whom he loses contact with in his first mad bloodlust but reconnects with throughout the story. Each of them widens our view of Breldin’s choices:

Ovre’Limeret was a scholar and an herbalist who arranged the expedition that ended with their curse, hoping to find a cure. Breldin admired him, and after being cursed, he seeks out Ovre’Limeret – only to learn that he massacred half a dozen caravans along the road. Shortly after nearly being killed by him, Breldin watches Ovre’Limeret die by exposing himself and attacking a cadre of soldiers hunting him down, just to end his rage. Ovre’Limeret shows Breldin what he fears will be his own future, the dangers of fighting the losing fight with himself.

Trest was the little brother of Triena (below), an abused child of eleven who liked to go unnoticed. After a valiant rescue from slavery by Breldin, and with a little time to adapt, a heap of extra aggression turned out to be just the thing he needed to come into his own. Trest’s story is the first sign of hope, to Breldin, that he can make something good of himself through his curse. Of course, that initial hope is short lived, as a bout of fighting triggers Breldin’s aggressive urges and reminds us just how violent he has become.

Oridionel had secretly already been cursed before the slavers forced it upon them but had tried to suppress one curse with another: Lyncanthropy. The juggling of torments on his mind and body has taken a difficult toll, so that rage is the least of his problems. Oridionel’s story is designed to elicit enough empathy to break Breldin of his sense of victimhood and open the pathway to acceptance.

Triena was a trapper and an owl trainer, the daughter of the troubled man who owned the forest garden Breldin tended. After Breldin and the others escaped the slavers who cursed them, she was sold to her nation’s enemies, where she was taught to embrace her rage. When Breldin finally encounters her again, he is greeted by an epic battle to the death. In Triena, a friend that he once took an interest in, Breldin finds the person he could not let himself become.

These four characters and their stories, which also bring drama and tension and satisfaction to the plot, serve to elevate the themes of Breldin’s story. They do so simply by being included, regardless of my ability to comment on them.

And they create conflict within the theme.

How should Breldin ultimately react to the changes that were forced onto his body and his personality? Shouldn’t he learn to accept his new self? Or shouldn’t he fight it to become the person he always wanted to be?

By showing readers the battle of the theme, I can develop tension that is personal to both the characters and the readers, and even keep it below the surface.  And I can have fun with it without dictating the moral of this story.

What are some of the ways you develop the themes in your stories?

Can you think of any well-known examples of secondary characters elevating the themes of a story?

Yet, do you really need to focus on the theme or will the theme find its own way into the story if you simply let the story evolve as you write it? I did not focus on a theme of tolerance/intolerance in my fantasy series, yet as the story evolved and the characters grew, the theme became evident.

To me, it’s much like the question of the chicken or the egg…which came first, and does it matter?

As I mentioned in the article, characters develop their own themes because life naturally has themes. But why let them develop in the background at random when we can use them to make our stories better?