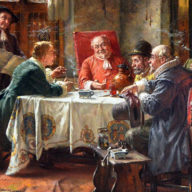 A merchant guild is a great resource for any of your characters who might be a merchant. Why would any writer make a character a merchant? He might be fine for a minor character, some colorful fellow met at a tavern, and certainly just the sort of someone to rob on an empty highway, but … Read more 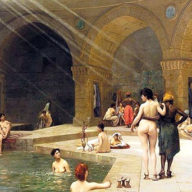 This is another installment in my series, History for Fantasy Authors. There were scores of trades and crafts that organized into guilds. This is an essay about one of them, a guild that existed in Augsburg, Germany in the late Middle Ages. It’s not typical, and that’s part of why I think it’s worth examining. … Read more 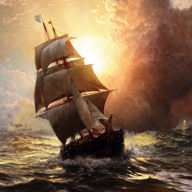 Everyone knows about the pirates of the Caribbean. Let’s talk about other pirates. Since I’m a medieval historian, I’ll stay firmly in the European world. Before we get started, a general comment: the lines between pirate, merchant, and rebel were blurry and ever-shifting. If you had a ship, it was sort of like having a … Read more 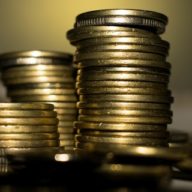 Medieval money can be divided into two distinctly different types: the kind that existed and the kind that didn’t. Real money was currency, specifically coins of various qualities and weights. The other kind was called “money of account.” This was purely an accounting unit, used for large-scale transactions and never turned into a physical object. … Read more 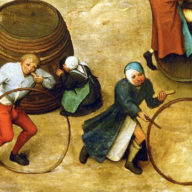 A common understanding about the Middle Ages goes something like this: people didn’t love their children the way we do today, because so many died in infancy or childhood. Sometimes parents didn’t even name or baptize their children until they were three years old because they didn’t want to become too attached. Childhood was brief, … Read more 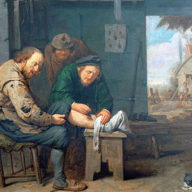 One of the more interesting trades in the Middle Ages was that of a barber, sometimes also called a barber-surgeon. You can tell just from the title that we’re dealing with more than just trimming hair. Barbers did cut hair, of course. The word itself comes from the Latin word for beard (barba), and barbers … Read more 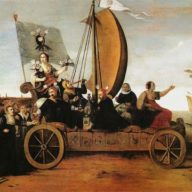 It should be simple: you want to describe a scene of people coming into a town for market. Or maybe it’s just a chance encounter on a road with some merchants. Or maybe it’s peasants on their way to market, loaded down with hay or squash. What are they carrying it in? Answering the question … Read more 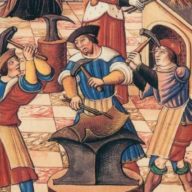 Guilds have long been a popular device in fantasy writing. They are used all the time in gaming, where they serve as a place for the player to get missions and rewards. These guilds bear little resemblance to historical guilds, and that’s fine. But can historical guilds provide writers with useful details? I think they … Read more 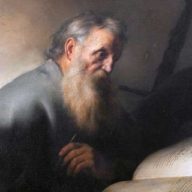 People died at such a young age, you were old at forty. So many infants and children died, adults did not bond with them. Even then, the children were treated like adults; “childhood” is a modern invention. I have heard this, and variations on this, all my life (and I really am old). It’s wrong … Read more 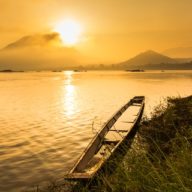 That scene in The Fellowship of the Ring, the one where Frodo and Sam cross the Brandywine, has always bothered me. How did hobbits, famously averse to water travel, know how to steer the raft? Wouldn’t they have been carried by the current a mile or two downstream? In the book, Tolkien has Merry push … Read more