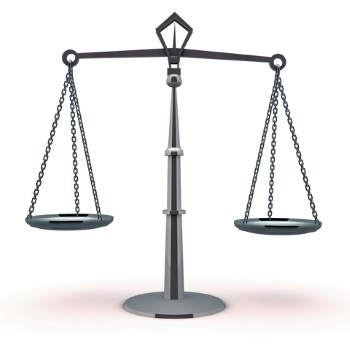 Surprising a reader requires that an author think differently from others.  As I mentioned in my previous article, being creative means finding new material to trigger ideas in your mind, or digging deeper for ideas in the material you have.  But when I showed my post to my wife, she referred to it as the “Darlings Workshop.”

That is, it’s what you use to create all the ideas you’re just going to have to cut later.

There can be a fine line between the creative choice and the bizarre choice, the clever idea and the idea that doesn’t fit, the solution that surprises readers and the one that yields eye rolls.  When it comes down to executing a novel with a serious tone, you need ideas that follow the logical chain of events, instead of spurting wackiness out of nowhere.

Spicing Up the Boring

As an author, your creative choices have to work within the limits set by your story.  Creating a new type of magic, founding a rebel spy ring the Infiltraitors, or designing a curse to torture Breldin the main character as he rampages in madness across his homeland, are in practice very different from finding a creative solution for spicing up the boring chapter 17 dialogue dump.

It’s the difference between starting with a blank page and continuing to write the next scene after sixty thousand words.  The characters are established.  Their motivations should be clear.  The story might be in a lull between conflicts.  You’ve got the fifteen pages of chapter 17 for your characters to discuss what just happened in the story and plan their next move.  To many fantasy readers, and often to the author about to write it, the idea of characters chatting might sound about as boring as an infomercial.  Yet sometimes it’s necessary, and the opening for a creative solution might look small at best.

The same creative patterns apply.  The brain comes up with ideas that are connected to the items we’re thinking about.  What’s triggering the ideas we think of?  How can we change those triggers to dig deeper and make connections that our readers won’t?

But in this case, we’re working with triggers and ideas that are behind the curtain, instead of ones at the forefront of our story.

Let’s take a simple scenario.  Four characters, known as the Infiltraitors, have just watched the royal guard kill or capture over a thousand of their rebel forces because of their own failed plan.  Aerdin, Tulhana, Geekheim and Sam need to collect themselves from the shock and decide on a new way to infiltrate the citadel and retake their once peaceful city.  This might be the opportune time to resolve a subplot surrounding their efforts to reach out for help or decode their enemy messages, but for our purposes, we only want to consider the otherwise boring dialogue.

Based on this, I would expect these characters to have an overwhelming sense of sadness, guilt, the urge to quit, and maybe a sense of denial that manifests itself as a determination to go on.  The first thing an author might do to tinker with this dialogue is to tinker with their emotions.  A character might instead be angry or passing blame for the failure, relieved to have it be finished, happy because they believed the debacle revealed an enemy weakness (it didn’t), or finding new resolve from the horrors of watching their enemies in action.  Real human emotion can be unpredictable, and any emotion on the wheel can be made to fit almost any situation and provide an author with new triggers around which to reimagine the character’s action in the scene.

For me, however, I prefer to look at possible character actions as the trigger, and to develop a range of emotions backwards.  For instance, why might Aerdin spy on the others during the dialogue?  Perhaps he’s looking for evidence because he thinks one of them is a traitor, or that he wishes to prove to the others that Tulhana was incompetent and at fault.  Now I’ve gone beyond someone being angry and passing blame to a character patiently seeking to undermine someone and prove blame.  I don’t need Aerdin to do any actual spying to take advantage of the ideas the word triggered.  The word gave me a conflict that I can use in the dialogue and a goal for Aerdin.  And I can ditch the trigger word “spy” so that readers will not expect it.

And we can do the same with the other characters.  Why might Tulhana choose to break something?  Why might Geekheim abandon them?  Why might Sam push a happy wretch into a volcano?  Perhaps Tulhana would break something to let go of the part of her that she thinks failed them.  Perhaps Geekheim would abandon them to pursue a goal that’s otherwise certain to get them killed, maybe surrounding the enemy weakness he thinks he saw that doesn’t exist.  Maybe Sam is so shaken up that he can’t stop picturing the villain dying with a laughing big grin, or else his mind has broken down as he seeks to escape into an alternate IP.

All of these open up avenues for conflict, growth, and disappointment in ways that readers are unlikely to expect.  We’ve gone well beyond the sadness, determination, and other emotions mentioned earlier.  Aerdin waits for a chance to prove that Tulhana is to blame.  Tulhana has to let go of the part of her that may have failed them.  Geekheim is so emeshed in denial that he’s full of suicidal delusions of single-handedly bringing down their foes.  And Sam is a trembling incoherent mess with rage.

Just considering a few unlikely actions has unlocked a greater depth for the characters’ emotions, toys for building tension in the scene.

What are some other techniques we can use to creatively tackle the boring chapter 17 dialogue?  What are some examples of a would-be boring scene that ended up surprising you?

Please share your favorite techniques for spicing up the boring.

I am kind of new to writing, so I had to think of myself in the position you describe. It sounds to me like subplots are a good way to avoid getting in this position to begin with, and I think readers love them. At the same time, sometimes one single story is so involved I guess a subplot can’t be expected to save you all the time and your story might digress. In that case I think that in addition to the spark of ideas a character might fall on, it’s a good time to introduce new characters. The specific example creates a unique circumstance of a large prison population and it doesn’t seem that the characters have been ousted. That in itself is a good angle to work with so that while things didn’t go as planned, the approach can still yield something given the way they did go. I try not to overlook what I have written, like I said I might go subplot crazy.

Often when things start to drag, I notice it’s because I’ve started telling rather than showing. I find you can spice things up quite a bit with dialogue – How about “A bear! Look out Janet. Run!” Instead of – as Bill and Janet walked down the road a bear jumped out of the bushes. Also, infuse drama with action – Janet picked up a huge stick. “No, she said, “I’ll stand my ground. We’ll fight him off with this!”
This is a great post, with a lot of good ideas. I appreciate people who can inspire a new way of thinking through a problem. Thanks.

I enjoy dialogues that explore provoking philosophies. It stirs my perceptions without the boredom. Using a conversation to lead in to a climax kind of makes full use of my efforts haha.

I agree, it’s hard trying to balance creativity with story/dialogue especially that far into the story. But I like your idea of working with triggers. This is definitely something that can keep readers interested!

Very good tips. I like your idea about exploring the character’s different attitudes as a way to spice up the dialogue. I think I’m going to give that one a try. Thanks!

I also want to thank Brian for the post; his comments are spot on. The creativity required to move through “slow” parts of a novel is often overlooked by advice columns, and his suggestions are useful.

He asks what techniques we use. I can’t add exactly there, but I will say that I too try to ‘think my way through’ a scene from the POV of each character, looking for an angle, a spark, an idea.

What I often wind up doing is having more than one, without a clear idea as to which actually works. I will make notes of each idea, whether I think it’s strong or weak (but I throw out the ones obviously bad), then I write the scene. For me, at least, I frequently cannot tell if the idea is good or not until I have actually written the scene. When I think it, it’s usually clear and compelling. When I write it, sometimes not so much.

So my contribution is, write it. It’s not wasted motion, it really isn’t. Do this often enough and you begin to refine your writer’s palate. You begin to get a feel for which avenues are the more promising. And you write fewer dead ends.

That was a great post, with some excellent suggestions! Thanks for sharing 🙂

Great thoughts – I think this boils down to people exercising their self-interest in a stressful situation which leads to conflict.